When the police knock on your door 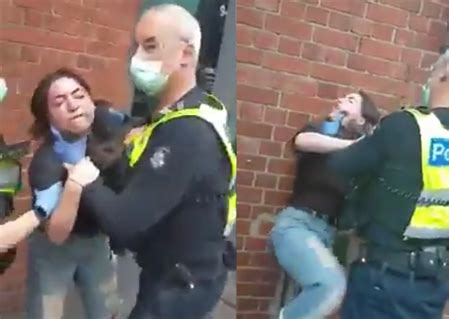 Citizens in Australia are sharing with the world the moment police turn up at their door, warning them over their social media posts. Police appear to be scanning social media platforms such as Facebook and Twitter and looking for users who they think may support protests. “We’re here to have a chat to you because we have instructions that you’ve been posting some things on social media,” the plainclothes police officer said in a viral TikTok video.

The Australian police arrested hundreds of people following the anti-lockdown and anti-vaccine passport demonstrations across the country.

Aleksandr I. Solzhenitsyn, who witnessed this in Russia, wrote in The Gulag Archipelago:

“And how we burned in the camps later, thinking: What would things have been like if every Security operative, when he went out at night to make an arrest, had been uncertain whether he would return alive and had to say good-bye to his family?

"Or if, during periods of mass arrests, as for example in Leningrad, when they arrested a quarter of the entire city, people had not simply sat there in their lairs, paling with terror at every bang of the downstairs door and at every step on the staircase, but had understood they had nothing left to lose and had boldly set up in the downstairs hall an ambush of half a dozen people with axes, hammers, pokers, or whatever else was at hand?...

"The Organs would very quickly have suffered a shortage of officers and transport and, notwithstanding all of Stalin's thirst, the cursed machine would have ground to a halt! If...if...We didn't love freedom enough. And even more – we had no awareness of the real situation.... We purely and simply deserved everything that happened afterward.”

~ MacUspaig
"We live in an age in which it is no longer possible to be funny. There is nothing you can imagine, no matter how ludicrous, that will not promptly be enacted before your very eyes, probably by someone well known."
~ Malcolm Muggeridge