When in America, do as the English do 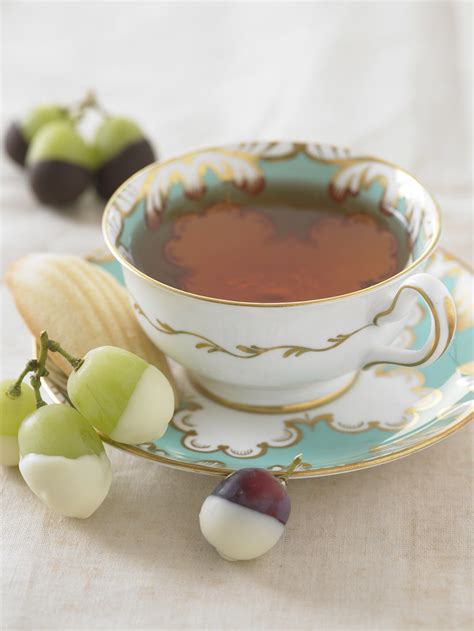 The Chinese drank tea for millennia for its medicinal properties, and when European traders became aware of it they imported it to England, marketing it as a cure all.

Thomas Garway, the first English shopkeeper to sell tea, praised tea's medical benefits. Garway claims that "the Drink is declared to be most wholesome, preserving in perfect health until extreme Old Age", as well as "maketh the body active and lusty", "helpeth the Headache", "taketh away the difficulty of breathing", "strengtheneth the Memory", and "expelleth infection".

Good enough for me.

Meantime, the British were also going through a chocolate craze. In the 17th Century, chocolate houses began to shake off their humble beginnings and “reasonable rates,” instead developing into hangouts for the hobnobbing politicians and social climbers who had the means to foot the bill for luxurious (and correspondingly costly) chocolate. In fact, Charles II so feared chocolate houses’ political plotting, idle chitchat, and, eventually, rampant gambling that he tried to ban them in 1675.

Today, you can pretend to be English, and give your health a boost at the same time.

A study co-authored by De-Yu Xie, a professor of plant and microbial biology at North Carolina State University, suggests that green tea, dark chocolate and muscadine grapes can counter the evil of the covid virus.

These foods contain compounds that inhibit the main enzyme or protease (Mpro) in SARS-CoV-2, the virus which causes COVID-19. If the protease enzyme is inhibited, the virus can't replicate. The protease inhibitors prevent the virus from forming mature particles.

I buy white tea, which is smoother than green. It's the same plant, just not processed as much, and it apparently has more of the good stuff. Green tea with jasmine or mint are good alternatives if you don't like green tea. I buy individually wrapped chocolate squares with 92 percent cacao. You can't get these at the store or online. My local Whole Foods carries muscadine grapes in the summer, but I found an supplement alternative.

If you're brave enough, you can try to decipher the science here. Or you can just have some tea and chocolate. Have some at 4 p.m., a stupid time of day when nothing is happening. The whole experience is refreshing.

Clowns to the left of me, jokers to the right
We're fools to put up with these clowns on the Left and the Right. Read And Comment.
Getting Trump: It was always about the money
POTUS Trump was disrupting the global order of things in order to protect and preserve the shrinking interests of the U.S. He was fighting, almost single-handed, at the threshold of the abyss. Read And Comment.
In the land of the naked kings
Somewhere between January 6 and January 20 I became paralyzed by the surreality of it all. In an obviously fraudulent election we had placed a corrupt, senile, second-rate politician in the White House. No one in authority was doing anything about it. Everyone was pretending he was a real president. Read And Comment.
The man who wasn't there
Trump, seeing that he had no supporters, except 75 million American voters, decided to let The Left have it and reveal what fools they are. And here's what we got. Read And Comment.