What does it take to wake people up to tyranny? 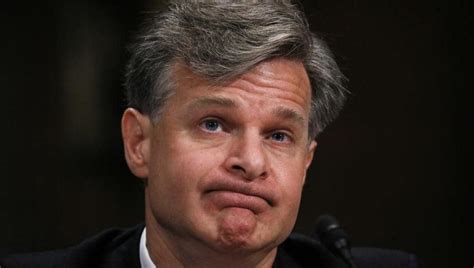 What does it take to wake people up to tyranny? the blogger Neo asks.

Indeed. Consider this one headline:

One of Neo's readers prompted her question: "Commenter “stan” says, regarding how the left has been undermining our liberties and using lawfare to silence the opposition they label as the enemy, “What’s it going to take for good people to see what is happening in plain sight?”"

She tries to answer:
I’ve pondered that question myself, and my answer is: a great deal more than has already occurred, unfortunately. One of the aspects of tyranny, especially one accompanied by widespread propaganda, is that it can be successfully reframed so that many “good people” don’t notice. One reason this happens is that it’s hard to believe that people you’ve supported for so long are doing tyrannical things, because in general you agree with their point of view and are inclined to give them the benefit of the doubt – at least, until the crocodile eats you, and then it’s too late.

Another reason is ignorance of history.

I can well understand the desire to turn away from politics. I spent a great deal of my earlier life following politics only in a fairly general and sporadic way, and back then I probably represented the average person’s involvement; maybe even slightly more than average. Politics is nasty, messy, and often depressing. It’s easier and more pleasant to ignore it until you’re forced to pay attention and then there are three big problems. The first is that most of what’s written and said is propaganda. The second is that it’s hard to pay catch-up because you lack the historical perspective. And the third is that by the time the picture becomes clear enough to really see what’s happening, it’s often too late.
Another reason is not paying attention.
Another of my favorite writers, The Z Man, intones:
Most people are stupid, at least when it comes to understanding things that have no direct impact on their lives. They may know accounting or chemistry, but they can also think disagreeing with the government is bad for democracy. This has always been the argument against democracy. Most people lack the desire or capacity to master the material necessary to make good political choices. Giving them a ballot is like giving a toddler a hand grenade.
My take is that people are just stunned by the madness and wonder why Repubican leaders aren't responding. Why should I do anything if my elected leaders aren't?

Moreover, in any group only a certain pecentage have the wherewithal to act. When they do act, they are squashed. Remember what the IRS did to the Tea Party?

Not only is Biden's FBI going after conservative leaders, it's looking at individuals with the "wrong" ideas. The FBI was scouring the comments at The Gateway Pundit, other conservative websites, and social media. So are they reading this post? That's the thought they successfully planted.
~ Macrankin
"We live in an age in which it is no longer possible to be funny. There is nothing you can imagine, no matter how ludicrous, that will not promptly be enacted before your very eyes, probably by someone well known."
~ Malcolm Muggeridge