Amazon will know everything you're doing 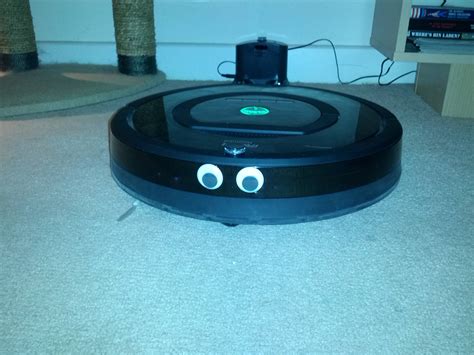 Did you hear the one about a Roomba taking a photo of a woman on the toilet and sharing it to social media? It happened, although apparently not on a commercially abailable model. However, Amazon announced plans to buy iRobot, the company that did it.

Will Amazon get rich selling Roombas? Not likely. Rather, it will profit from the information Roomba provides. Adam Wright, a smart home analyst, says:
“It’s very difficult to make a lot of margins on the hardware and the device itself,” Wright said. “They have just acquired a massive data set, which can help them in the aggregate better understand the floor plans and the mapping of people’s homes.”

“It has a camera in the front, which is a little bit unsettling. It can tell what you already have in your house, who’s in your household. What types of things might you want to add to that. So then they can target advertising on the Amazon platform in that way,” said Sarah Miller, who founded the American Economic Liberties Project, which signed a letter to the FTC seeking to block the Amazon/iRobot deal.

"The most advanced versions of Roomba collect information about your house as they clean," says Ron Knox, a senior researcher at the Institute for Local Self Reliance. "It knows where you keep your furniture, the size of each room and so on. It's a vacuum and a mapping device."

Smart lights like the Philips Hue have a new feature that will allow them to turn on or off automatically by detecting your presence based on the disruption to Wi-Fi strength in a room.

Amazon also has introduced a flying indoor Ring camera called Always Home Cam, and a robotic household monitor with a face called Astro. They’re made for checking in on specific rooms, children or aging loved ones.

And we haven't even gotten to Alexa.

“To track your shopping habits, to track your movements, to track even where things are placed in your home, what’s going on outside your front door. They can create this incredibly complex, detailed data profile that they can then use to expand and grow their own business,” Miller said. “And through that process, to push out competitors that simply could never surveil you with that degree of sophistication.”

This was in 2017: Amazon is launching a “secret” cloud service for U.S. intelligence agencies, developed three years ago with the CIA. Other personnel from government departments and contractors with security clearance also can access the “secret region,” the company said. As with Twitter, FBI agents are sprawling all over Amazon.

~ Abhainn
"We live in an age in which it is no longer possible to be funny. There is nothing you can imagine, no matter how ludicrous, that will not promptly be enacted before your very eyes, probably by someone well known."
~ Malcolm Muggeridge