Still want to buy the world a Coke?

That would be Grrreat!

Two of America's largest sugar merchants have decided that they're smart enough to play politics. One wonders at what level of the companies the decisions were made and how many highly-aid executives slept through the committee meetings in which the companies went woke. 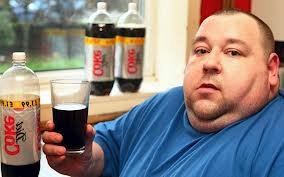 Coke has been getting woke for awhile. My favorite is when it commanded employees to “try to be less white.” Its latest venture is expressing distaste for an election law in Georgia, a trendy issue. Kelloggs,  meanwhile, created a new cereal, which it announced on Twitter: "All are welcome at the breakfast table with our NEW Together with Pride cereal coming to shelves soon. For every box sold, Kellogg is donating $3 to @glaad to support the LGBTQ+ community."

Step back from this theater for a moment and understand: Coca-Cola and Kellogg sell sugar. That's it. They aren't experts on anything but sugar.

A can of Coke contains 37 grams of sugar. The United States consumes approximately 2.21 million tons of sugar or 14.4 pounds of sugar per capita from Coke per year. According to the Centers for Disease Control and Prevention (CDC), about half of the United States population will drink at least one sugary beverage on any given day. A 2015 study attributed 184,000 global deaths each year to the consumption of sugary drinks. I couldn't find an ingredients list for Together cereal, but it seems to be similar to Fruit Loops but with "glitter."  Fruit Loops offer children 13 grams of sugar per serving. The first ingredient, natch, is sugar. The second is a corn flour blend. The health benefits of corn are controversial — while it contains beneficial nutrients, it can also spike blood sugar levels: Most of the carbs in corn come from starch — which can quickly raise your blood sugar.

It all adds up. In 1915, the average sugar consumption of Americans  was 17.5 pounds. As of 2011, the number rose to 150 pounds of sugar per person annually. Can you pick up something that weighs 150 pounds?

Here's a thought: What does all this moral preening cost their investors? Corporations exist to make money, not lecture on us how to live. The latter is more fun, of course.

It will add up even more as Quincy pushes Coke deeper into China, America's BFF, building six new facilities there that wlll produce $244 million worth of soda and other soft drinks per year. There are a few hiccups: Coca-Cola was among a number of companies seeking to water down a bill that would ban imports from a region of China where products are made through forced labor by minority Muslim groups being held in detention camps, according to a report.

And there are the inevitable details of business abroad. Among a new report's key findings is that a startling 35 percent of companies in China pay bribes or give gifts in order to operate. One CFO went to so far as to describe the practice as “an unspoken rule.” We don't know if Coke gets its hands dirty this way.

Nor do we know anything about Kellogg's practices in China, except that it really wants access to the biggest market in the world. It's problem may well be that, according to Newsweek,the worst place in the world for LGBT to live is China, according to a survey that puts Beijing at the bottom of a list of most welcoming cities, alongside several other Chinese cities. Let's don't even get into selling Coke in Hitler's Germany.

I would think a more glaring problem is selling the LGBT+ community sugar and corn. Are they trying to kill them? And is the "glitter" a bit tasteless?

The real reason these companies have gone woke and gone to China is that they are losing a huge chunk of their customers. Daniel Greenfield has the story:

The average American is down to drinking 40 gallons of soda from 50 gallons two decades ago. The shift was driven by the same demographic that tends to go woke, young white urban lefties, who became more likely to drink bottled water. Coke chased them by going into bottled water and vitamin drinks, but also by shifting away from a family brand once associated with Santa.

Santa and the polar bears reflected a Coke that was marketed to children. But fewer parents are comfortable with their children living off soda. That’s why one survey found that the number of children drinking over 3 cans of soda a day fell from 10% to 3.3%. The drop in soda consumption, once again, was heaviest among younger and wealthier urban white lefties.

The economic consequences of young white wealthy lefties dropping soda wasn’t just a sales issue. Wokes are a politically narcissistic demographic that legislates its tastes into law, pursuing the legalization of drugs, and bans on soda. Both drug legalization and soda bans were, as usual, done in the name of oppressed minorities, but had little impact on them.

Coke won’t shut up about social justice and the evils of whiteness because that’s a better conversation than its failed portfolio of new brands, dumping its bottling operations, and its desperate efforts to refocus by launching a thousand different varieties of Coke aimed at the one lefty demographic that holds its future in the palms of its soft white manicured hands.

Otherwise its whole massive distribution network will be used for little more than moving orange juice, vitamin drinks, and milk around as soda and fast food go the way of cigarettes.

Coke is going woke because its future is broke. That’s true of most of the big woke brands. And the closer Coke gets to the cliff, the more hysterical its performative wokeness will become.
It's no better for Kellogg. Brittain Ladd:
Unfortunately for Kellogg’s, the brands which the company has relied on for more than 100 years have fallen out of favor with today’s more health-conscious consumer, resulting in decreased sales across Kellogg’s portfolio of products. Stated another way, the products that brought Kellogg’s to life as a company (cereal) now have the potential to severely weaken and even kill the company.
So you've got a bunch of sugar, acid, bubbles and corn -- and nobody wants to buy it. They're not buying buggy whips anymore either.
~ Cruickshank

He's president in his own mind
In Italy, artist Salvatore Garau sold his latest invisible sculpture, a work titled "I Am." It isn't. The art does not exist except in the imagination of the artist. In Washington DC, we have "the relatively invisible President Biden." Does it matter to you that President Biden has been so inaccessible to the public and the press? Read And Comment.
Gretchen Goes Deep Stasi in Michigan
Behind the scenes in Michigan as Whitmer's inner Hitler is revealed. 21st Century government is spooky. Read And Comment.
You need to follow the mysterious Z Man
Nobody knows who The Z Man is, but it doesn't matter: He's one of the most interesting writers on the Internet. "The Z Man lives close to Washington and knows all too well the insider nature of the power elite that rule over us," one observer writes and I'd agree. Read And Comment.
You may be the next victim of a cyber attack
Perhaps you avoided the gas station lines after Colonial Pipeline was attacked by the Russian criminal hacking group DarkSide. Don't get too complacent. Read And Comment.