People of The Left are not well

Sundance, proprietor of the website The Last Refuge, aka The Conservative Tree House, aka CTH, is an interesting, controversial character. I check the site every day.

The best stuff there has to do with the deep state, e.g., this post. 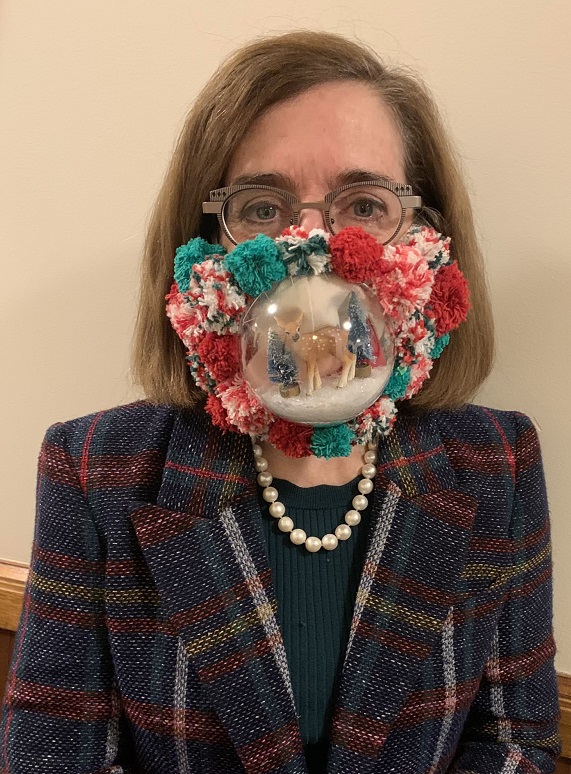 However, he recently produced this post on Oregon's governor, Kate Brown.

Oregon Governor Kate Brown recently dropped all reading, writing and math proficiency standards for high school graduation, because she claimed it was unfair to “people of color” for them to have to pass tests in order to graduate {Go Deep}.  Expecting black, brown and latino students to comprehend math and write in coherent sentences is racist – or so goes the policy.   Governor Brown also mandated that masks continue be worn indoors and outside regardless of vaccine status.

Historically, there has been a solid argument that leftism is a mental disorder; at least the vast majority of those who espouse leftist worldviews do -indeed- appear to have some cognitive impairment the vast majority of non-leftist people do not relate to.  Slowly, as the years have progressed, it is now entirely possible to look at a person and predict their political persuasion.

Look at this photo. This is not normal.  You cannot convince me these are stable minded people.  A person of reasonable mental disposition, particularly a person in a position of significant leadership, does not engage in behavior like this.

This is what weird people do.  I feel it is important to let people know where CTH stands on this type of behavior; I’m not sure why, but it must be said.  This is not normal… at all.
There is, as he says, research supporting this -- and I'll lilst some below -- but we shouldn't need it. On its face (her face) this is not normal. Is this? Or this? or this? Or this? The next time you see a pubic figure acting like this ask yourself how you would react if it were your neighbor. Say it out loud: These people are not well.

Here's some research:
"I always had a dissociative disorder." says Roseanne Barr. "But I healed from it over the course of 14 years of big-time therapy. But, you know, I mean, everybody's kind of loony now. So I was kind of a pioneer in the mental illness thing, too."

~ Fergusson
"We live in an age in which it is no longer possible to be funny. There is nothing you can imagine, no matter how ludicrous, that will not promptly be enacted before your very eyes, probably by someone well known."
~ Malcolm Muggeridge