Notes on the revolution 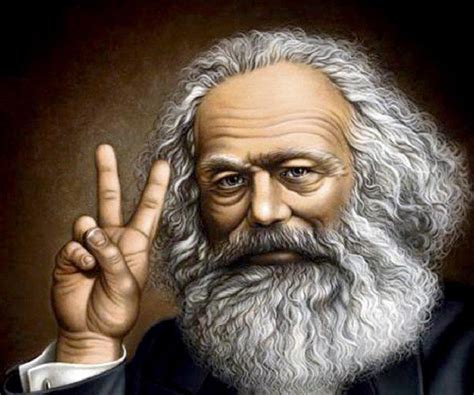 This is it. This is the revolution. This is what it looks like.

"We are in the midst of a revolutionary epoch and probably most don’t even know it. Institutions are being absorbed not just by the woke apparat, but by an array of ideologies that seeks to destroy them. In 1961, Cubans were not quite aware that they were experiencing a Marxist takeover. Nor were Russians fully cognizant in 1917 of the plans that the Bolsheviks had for them over the next few decades. It is hard to see during anarchy, chaos, and collapsing institutions that leftists still have an agenda for what will emerge on the other side." ~ Victor Davis Hanson

"America as founded was mortally wounded last November and then had the plug pulled on January 6th. Our culture and society have been turned upside down from nearly 60 or more years of Marxist brainwashing." ~ Ace

"What we are living through is a revolution pushed along by people who are sure they are creating conditions for the great liberation. The details of that great liberation and how it will come into existence are just assumed. This was always the appeal of the original Marxism. It provided a childish vison of a glorious future, onto which the believer could project his fantasy vision of the future. Then it supplied a story of history that claimed the glorious future was an historical inevitability. This the core of Cultural Marxism. Because of the demographic changes in the West, it has been repackaged along racial lines. Instead of destroying bourgeoise culture they are set on destroying white culture." ~ The Z Man

"The “woke” ideology is based on a set of quasi-Marxist theories that divide society into “oppressors” and the “oppressed” based on characteristics such as race, sex, class, or sexual proclivities. “Woke” is sometimes used interchangeably with Critical Race Theory (CRT), which is one of the more prominent ideologies that operate within this framework." ~ Petr Svab

"We are in the early stages of the revolution. In Russian terms, the old government has been overthrown, but the Mensheviks have yet to be replaced by the Bolsheviks. And even when the Bolsheviks take over, things will not outwardly change right away. A time must be allotted to “defending the revolution,” against opponents who are still visible. The priority, for progressives, must be to defeat them before they do the things that would help them gather allies. The equivalent of a civil war must come first." ~ David Warren

"Aspiring social engineers have occasionally given in to the sordid impulse to see the pandemic not as just an unspeakable tragedy but as an opportunity, too. “There is no getting ‘back to normal,’ experts say,” one CNN headline read. “The sooner we accept that, the better.” For some, the reduced productivity, consumerism, and general human interaction aren’t so bad. This is a chance to “reorder society in dramatic ways.” It’s a chance to divorce American political culture from its “romance with market society and hyper-individualism,” to foster “interdependency and community,” and to acclimate the public to a much more active central government." ~ Noah Rothman

"More and more I fear that our society has outwitted our founders, and rewritten America’s source code to make it totalitarian-friendly. In retrospect, it really wasn’t as hard to do as it seemed. The founders themselves gave away the secret, right at the beginning. John Adams wrote in 1798: “Our Constitution was made only for a moral and religious People. It is wholly inadequate to the government of any other.”" ~ John Zmirak

"Using their expertise in past coups, professionals who assisted in overthrowing governments globally have developed thorough resources and a radical guide to instruct far-left groups — who have been training for months — in toppling a government. Under the guise of preventing a coup, left wing groups have been planning their own — if things don’t go as they desire on Election Day." ~ Joshua Klein

"Who needs the gulag when you can compel obedience by threatening someone’s job or destroy her reputation on social media? Why bother with the secret police when the masses already hand over ­detailed personal information to Google and other woke capitalist behemoths via smartphones and laptops? The coming soft totalitarianism may well unify the government, major corporations, the media and leading institutions of civil society, which will collaborate to suppress dissent and coerce conformity." ~ Rod Dreher
~ Macmhurich
"We live in an age in which it is no longer possible to be funny. There is nothing you can imagine, no matter how ludicrous, that will not promptly be enacted before your very eyes, probably by someone well known."
~ Malcolm Muggeridge

What the vaccine hath wrought
The federal Vaccine Adverse Event Reporting System (VAERS) records more than 500,000 adverse events after COVID vaccines. The most common disorders reported after COVID-19 vaccinations in the U.S. include temperature-related issues (226,457), skin problems (174,793), and a category that includes movement, muscle, nerve, neuropathy, numbness, and paralysis (164,200). Read And Comment.
The Madness: Swan boats, triggers warnings, masked (naked) cyclists
"Even before COVID-19, the prevalence of mental illness among adults was increasing. In 2017-2018, 19% of adults experienced a mental illness, an increase of 1.5 million people over last year’s dataset." ~ Mental Health America Read And Comment.
When the police knock on your door
“And how we burned in the camps later, thinking: What would things have been like if every Security operative, when he went out at night to make an arrest, had been uncertain whether he would return alive and had to say good-bye to his family?" ~ Aleksandr I. Solzhenitsyn Read And Comment.
Let's revisit Obama's birth certificate
​​​​​​​"Upon reading special counsel John Durham’s 27-page indictment of attorney Michael Sussman, I found myself asking, “Is there anything Perkins Coie lawyers would not do to keep their Democrat clients in power?” writes author Jack Cashill. Read And Comment.