American Greatness is published online by a group of conservatives dedicated to "the principles of limited, constitutional government based on the consent of the governed and of the American constitutional order as the best means for securing the rights inherent to all mankind."

Here is a sampling of their articles.

Trudeau Style Tyranny Is Already Here. As freedom-lovers justifiably recoil at Canadian Prime Minister Justin Trudeau’s crackdown on vaccine mandate protesters, Americans worry the same sort of political retribution could happen here. I’m sorry to report, it already has. The scenes from Ottawa are matched or surpassed by the images here, including thuggish cops attacking January 6 protesters with mace and explosive devices. The difference? Instead of mounted police trampling a woman, ours merely shot and killed one woman and beat up a few more. What the Trudeau regime is now unleashing against the truckers and their supporters has been underway in America for more than a year. 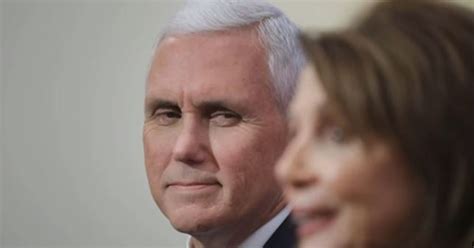 Judas Pence. Mike Pence, the former vice president, betrayed President Donald J. Trump and is in many ways a modern-day Judas. Pence legitimized the illegitimate election of the usurper, Joe Biden. He attended the inauguration and conceded defeat. It makes him look stupid on legal matters and surely less than loyal. “It is my considered judgment that my oath to support and defend the Constitution constrains me from claiming unilateral authority to determine which electoral votes should be counted and which should not,” Pence declared. The foulest of straw-men arguments, since nobody thinks the vice president has unilateral authority on anything. Over and over again, Pence, without fanfare once adjacent to the Oval Office, worked to undo or mitigate Trump’s effect. His later chief of staff, Marc Short, was nothing less than a mole in the White House and an outright anti-Trumper.

The Gathering Storm in the West. COVID accentuated a larger and growing cultural, political, social, and economic split in the West. Partly, the fissures were brought on by the displacements of globalization. Partly they appeared with the final dominance of a huge class of credentialed government apparatchiks. And partly the split derives from the paradox of governments inviting millions of non-Western immigrants into Europe and North America from impoverished, and dystopian societies. Their inequality upon arrival, supposedly predicated on race rather than class, then becomes political nourishment for progressive redistributive agendas that otherwise had little political support among their citizen populations.

~ Farquharson
"We live in an age in which it is no longer possible to be funny. There is nothing you can imagine, no matter how ludicrous, that will not promptly be enacted before your very eyes, probably by someone well known."
~ Malcolm Muggeridge