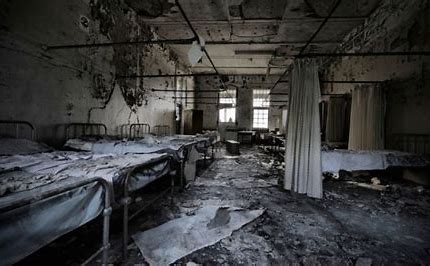 I like photos of deserted mental hospitals. All that's left is the flaking residue of madness. These images make me think of Twitter.

Twitter has already become a leftist echo chamber, and if those of us who recognize that leave it will become like the deserted mental hospital in the photo.

1. It has become so creative in its censorship that it is unreliable; you can't trust it. You don't know what's not there. You won't learn what Donald Trump is thinking, but you can follow the hashtag #KillTrump.

2. Twitter is a construct, i.e."an idea or an imaginary situation." Oh, it has servers and maybe a building somewhere, but lots of people have servers and buildings. Twitter is just an idea, and ideas can go poof, just like that. Remember the hula hoop construct? Here's how Twitter describes itself: "We believe real change starts with conversation. Here, your voice matters. Come as you are and together we’ll do what’s right (not what’s easy) to serve the public conversation." That's its construct. It's fantasy, right?

3. There are no barriers to entry in Twitter's world. Anyone can create a Twitter, and they are. This is not good for business. You don't even need to buy servers, just rent the cloud. And you can probably work out of your bedroom, which Twitter employees are permitted to do now. 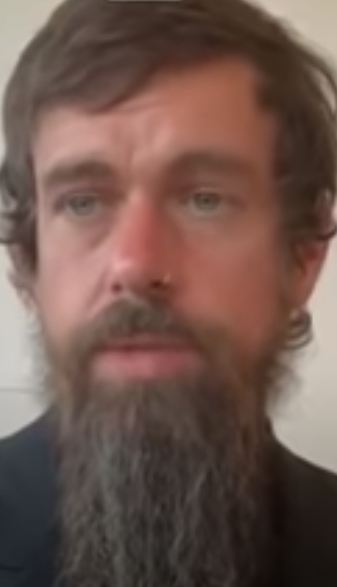 The lack of barriers to entry would worry founder Jack Dorsey if he were a businessman. He's not; he's a woke code monkey. According to Wikipedia, which you can't trust either, because it's now learned about censorship:

In his younger days, Dorsey worked occasionally as a fashion model. By age 14, he had become interested in dispatch routing. Some of the open-source software he created in the area of dispatch logistics is still used by taxicab companies.
Then Dorsey and some other geeks created Twitter, and Jack became CEO.
As CEO, Dorsey saw the startup through two rounds of funding by venture capitalists. He reportedly lost his position for leaving work early to enjoy other pursuits, such as yoga and fashion design.
Then a bunch of other stuff happened, including his brief suspension from his own Twitter account with 3.9 million followers due to an "internal mistake," and Jack ended up being CEO again.

And he's brought multiple talents to the job. He walks five miles to work each morning and calls it a "very clearing time." Dorsey eats only seven meals every week, just dinner, and sits cross-legged without moving for two hours a day. At one point his mother noticed he had turned orange, which was the result of too much Beto Kerotine. So he temporarily switched to a more paleo diet. Once Facebook founder Mark Zuckerberg "“made goat for me for dinner. He killed the goat. He kills it with a laser gun and then the knife.”

Each evening he  sits in his barrel sauna (set at 220 degrees) for 15 minutes, then hops into an ice bath (37 degrees) for three minutes. He repeats the process three times, finishing with one minute in the ice bath.

At least he finishes.

To augment these talents, and cover for him when he's in the sauna, Jack has hired some like-minded creatures.
The deer guy must be a hoot at company Christmas parties.

~ Macdhubhghaill
"We live in an age in which it is no longer possible to be funny. There is nothing you can imagine, no matter how ludicrous, that will not promptly be enacted before your very eyes, probably by someone well known."
~ Malcolm Muggeridge

Your government is coming for you
The Democrats are weaponizing agencies of your federal government to round up and dispose of citizens with whom they disagree. Let's review. Read And Comment.
We're not as smart as we think we are
Fraud aside -- and we can't really put it aside, can we? -- do you wonder how Barack and Joe got elected twice and how Joe and Kamala got elected to fill Barack's third term? Let's examine our ability to listen to these pretenders. Read And Comment.
He's president in his own mind
In Italy, artist Salvatore Garau sold his latest invisible sculpture, a work titled "I Am." It isn't. The art does not exist except in the imagination of the artist. In Washington DC, we have "the relatively invisible President Biden." Does it matter to you that President Biden has been so inaccessible to the public and the press? Read And Comment.
Gretchen Goes Deep Stasi in Michigan
Behind the scenes in Michigan as Whitmer's inner Hitler is revealed. 21st Century government is spooky. Read And Comment.