Just say no to madness 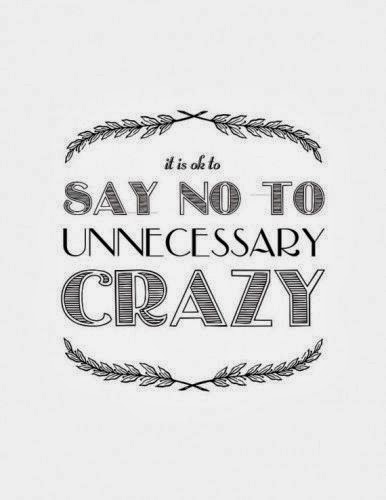 It's time to recognize this "transgender" madness for what it is: madness.

Dr. Paul McHugh, former psychiatrist in chief at Johns Hopkins Hospital, where he shut down a program that operated on young people wishing to change their sex, writes:

Policy makers and the media are doing no favors either to the public or the transgendered by treating their confusions as a right in need of defending rather than as a mental disorder that deserves understanding, treatment and prevention. This intensely felt sense of being transgendered constitutes a mental disorder in two respects. The first is that the idea of sex misalignment is simply mistaken—it does not correspond with physical reality. The second is that it can lead to grim psychological outcomes.
It's a mental illness, and we need to say so. And we need to just say no when its adherents try to inflict it on our children. We need to say no to politicians, school boards, school administrators, teachers and doctors -- even though they will attack us fiercely.

Even the terminology is bogus. Kara Dansky, a liberal feminist, writes:
The truth is that “gender identity” does not exist in any real, material sense, and “transgender” is simply a made-up concept that is used to justify all kinds of atrocities, such as convicted male rapists and murderers being housed in women’s prisons with vulnerable women, men being permitted to parade around with erect penises in women’s sections of spas, and men participating in women’s sports. They are being permitted to do all of this on the basis that they have a so-called “female gender identity.”

All of “gender identity” and “transgender” politics is a men’s rights movement intended to objectify women’s bodies and erase us as a class. The entire edifice is a lie. It is left-wing misogyny on steroids.
Jane Robbins, a lawyer and researcher, has written one of the best articles on this, and I encourage you to read it all. She says:
Remarkably, this revolution is happening without any credible scientific evidence to support it. The concept of changing one’s biological sex is, of course, nonsense, as sex is determined by unalterable chromosomes. An individual can change his hormone levels and undergo surgery to better imitate the opposite sex, but a male on the day of his conception will remain a male on the day of his death. And the idea that there is a real personal trait called “gender” that challenges or invalidates the identity significance of biological sex is equally fallacious. But the absence of genuine evidence is simply ignored, and faux “evidence” is created to validate the mania.
It's pure bogus. Time for us to start saying so.
~ Culcuhoun
"We live in an age in which it is no longer possible to be funny. There is nothing you can imagine, no matter how ludicrous, that will not promptly be enacted before your very eyes, probably by someone well known."
~ Malcolm Muggeridge