How your government keeps tabs on you

"The internet is potentially (and perhaps already actually) the greatest totalitarian tool ever invented," Neo writes.

The internet has also greatly facilitated the ability to spy on people – in other words, to collect vast storehouses of information on them and to search it for whatever the government or the company is seeking. For example, GoFundMe has the personal information of everyone who donated to the truckers convoy; do you think they would protect that infomation if the government wanted it? I sure don’t. In fact, it’s likely that the government already has access to it. And such goings-on also discourage people from contributing to conservative causes in the first place, because they fear the government will retaliate. That’s one of the goals of this entire process, too – to induce fear and avoidance behavior. 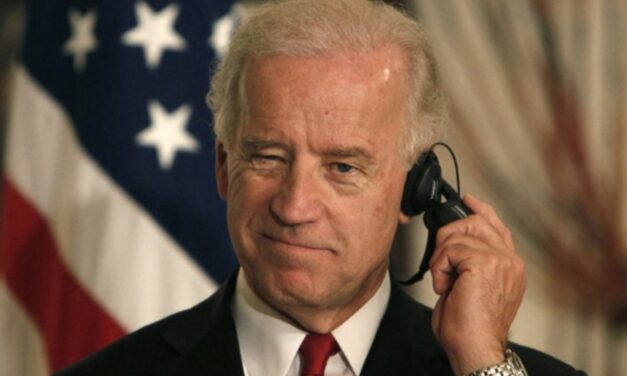 It’s Back: Senators Want EARN IT Bill to Scan All Online Messages. A group of lawmakers led by Sen. Richard Blumenthal (D-CT) and Sen. Lindsey Graham (R-SC) have re-introduced the EARN IT Act, which would scan every message sent online and report violations to law enforcement.

Postal Service hacking into hundreds of seized mobile devices, tracking users' social media posts. It's gone largely unpublicized that the U.S. Postal Inspection Service admitted that it not only employs top-of-the-line technology hundreds of times to hack into mobile phones but also planned to expand its use in the future.

Meet the Capitol Police’s New Spy Chief. Congress overwhelmingly supported a bill last year to fork over $2.1 billion in new funding to the Capitol Police. Now flush with cash and immune from any serious public oversight, the agency is returning the favor by spying on dissidents of the Biden regime.

Biden’s ‘Infrastructure’ Bill Contains Backdoor ‘Kill Switch’ For Cars. Marketed to Congress as a benign tool to help prevent drunk driving, the measure will mandate that automobile manufacturers build into every car what amounts to a “vehicle kill switch.”

Clarity of the Bigger Question, WHY This Massive Push for Vaccinations? The virus provides the fear needed for a global vaccination program.  The mandatory vaccination program then provides the tool for registration of identity.  The registered identity then becomes the gateway for a digital identification… which, as outlined, is then used to register, monitor, track and ultimately control, a global population.

US police departments are using tools to monitor your social media posts. The Los Angeles Police Department (LAPD) was using a software tool to extract information from as many as 70,000 tweets every day for two months in 2020, a records request has revealed.

Where Are You Going? Through a self-driving car’s global positioning, system, navigational tools, and other data collection mechanisms, companies will be able to gain access to highly contextual data about passengers’ habits, routines, movements, and preferences.

Here's the FBI's Internal Guide for Getting Data from AT&T, T-Mobile, Verizon. A document written by the FBI lays out in unusually granular detail how it and other law enforcement agencies can obtain location information of phones from telecommunication companies.

~ Farquharson
"We live in an age in which it is no longer possible to be funny. There is nothing you can imagine, no matter how ludicrous, that will not promptly be enacted before your very eyes, probably by someone well known."
~ Malcolm Muggeridge