How to win a presidential election 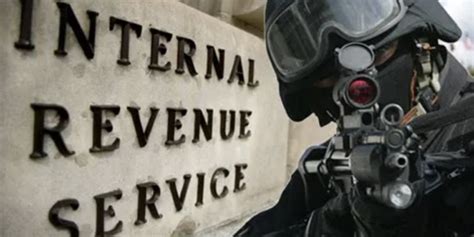 In 2010, in the runup to the 2012 presidential election in which Barack Obama was re-elected, the IRS added 155 new employees to the Exempt Organizations office, 100 of which would be auditing nonprofit groups. The IRS also added new Washington-based “tax law specialists” to work on private-letter rulings for groups that would need renewal of their charitable tax-exempt status.

That was the year the IRS began auditing Tea Party groups, the very groups Obama began to noisily complain about. Tea Party groups had helped Republicans take back the House in 2010, so of course they were, in Obama's words, "a threat to democracy."

Had the Tea Party groups not been disrupted by the IRS, it's believed that they would have delivered an extra 5 milltion to 8.5 million votes for Romney. Obama won by 5 million votes.

So it worked once. Hey, let's try it again.

Hitler's Gestapo, which terrorized German citizens during the Nazi reign of terror, numbered a mere 32,000 members.  The Stasi, East Germany's answer to the Nazi criminal enterprise, had only 85,000 thugs in their employ.  The Biden regime, not to be outdone by those previous criminal organizations, has called for an extra 87,000 new IRS employees to aid in enforcing its edicts.  It was even asked of prospective new agents if they were willing to carry a firearm or use deadly force to aid in their efforts.

Sombody's gotta be the boss.

One of Lois Lerner's lackeys from the Obama-era IRS scandal — one that saw the agency target conservative and tea party affiliated groups as a political arm of the Obama-Biden administration — will be leading the Biden administration's expansion of the IRS and stated goal of hiring 87,000 new agents.

Flax will play a role in spending tens of billions of taxpayer dollars Congress handed to the IRS for, among other things, hiring tens of thousands of new agents for enforcement.
Back in those re-elect-Barack days, Flax "visited the White House 35 times after talking with former head of tax exempt groups Lois Lerner about working to criminally prosecute conservative tea party groups for 'lying' about political activity." What was Flax doing at the White House? Who did she talk to? Was she reporting progress or taking orders? All that's known is that Flax will again now have a leading role within the IRS as the Biden administration steps up its attacks on conservatives by labeling vast swaths of Americans as fascists.

Wonder if she'll go talk with Joe?
~ Shimmin
"We live in an age in which it is no longer possible to be funny. There is nothing you can imagine, no matter how ludicrous, that will not promptly be enacted before your very eyes, probably by someone well known."
~ Malcolm Muggeridge