Good luck. We're all counting on you. 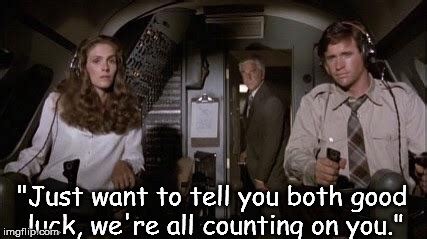 Turns out the billionaires flying in their private jets to Davos to be billionaires together don't want vaccinated pilots flying their planes.

The reason is that if you crash one of those puppies you're out $1 mil to $62 mil, depending on the color of the curtains and how many M&Ms you stock.

Not to mention all the smoke and soot adding to the carbon dioxide emissions from these flights that were equal to putting roughly 350,000 gasoline-powered cars on the road for the same weeklong period.

Not to mention the paperwork for the insurance company.

It’s pretty extraordinary, that we, a select group of human beings because of whatever touched us at some point in our lives, are able to sit in a room and come together and actually talk about saving the planet.  And it’s so almost extraterrestrial to think about quote saving the planet.

And John is one select human being. John gets to fly around the world because Joe made him an envoy or something, but John is so extraterrestrial that he won't reveal to us taxpayers how much he spends on his jets. It's a secret between him and the planet.

Now then, why are the extraterrestrials so alarmed about their pilots? Could it be the vaccine?

Why did the FAA suddenly make it easier for pilots with bad hearts to fly? Journalist Steve Kirsh:


In the October 2022 version of the FAA Guide for Aviation Medical Examiners, the FAA quietly widened the EKG parameters beyond the normal range (from a PR max of .2 to unlimited). And they didn’t widen the range by a little. They widened it by a lot. It was done after the vaccine rollout.

This is extraordinary. They did it hoping nobody would notice. It worked for a while. Nobody caught it.

This is a tacit admission from the US government that the COVID vaccine has damaged the hearts of our pilots. Not just a few pilots. A lot of pilots and a lot of damage.

When you fly make sure you wear a mask. That will keep you safe.

~ Elidh
"We live in an age in which it is no longer possible to be funny. There is nothing you can imagine, no matter how ludicrous, that will not promptly be enacted before your very eyes, probably by someone well known."
~ Malcolm Muggeridge