Getting Trump: It was always about the money 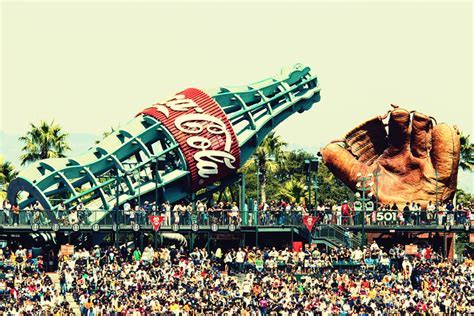 What is this really all about?

The reason Trump faced such an uphill battle is that "massive multi-billion multinational corporations, and the political institutions they pay for, were/are aligned against President Trump; and they will never relent in their need to see the risk he/we represents destroyed."

That's from Sundance, the pseudonymous editor of The Last Refuge, a blog you should follow. He explains how Trump was upsetting the globalists' world order.

POTUS Trump was disrupting the global order of things in order to protect and preserve the shrinking interests of the U.S. He was fighting, almost single-handed, at the threshold of the abyss. Our American interests, our MAGAnomic position, was/is essentially zero-sum. His DC and Wall-Street aligned opposition (writ large) needed to repel and retain the status-quo. They desperately wanted him removed so they could return to full economic control over the U.S, because it is the foundation of their power.
You'll need to read the entire essay, but here's a piece of it that helps us understand what's going on.
EXAMPLE: Part of the lobbying in the food industry is to advocate for the expansion of U.S. taxpayer benefits to underwrite the costs of the domestic food products they control. By lobbying DC these multinational corporations get congress and policy-makers to expand the basis of who can use Food Stamps, EBT and SNAP benefits (state reimbursement rates).

Expanding the federal subsidy for food purchases is part of the corporate profit dynamic.

With increased taxpayer subsidies, the food price controllers can charge more domestically and export more of the product internationally. Taxes, via subsidies, go into their profit margins. The corporations then use a portion of those enhanced profits in contributions to the politicians. It’s a circle of money.
That Coca-Cola is paying politics shouod surprise no one. John Mikler, associate professor of government and international relations at the University of Sydney, has written about this in his book The Political Power of Global Corporations.
Governments must do their duty, which is to act and legislate and govern in the interests of their citizens, and not in those of a small circle of large corporations. But that's not what they're doing. That's the problem, and it's dangerous.

I do not accept the argument that multinationals are distinct and separate from states -a neoliberal approach- because the market and economic forces are more important than governments and politics. It is something that we have been told in order to give to large corporations, which don’t compete that much among themselves but rather control the markets and the people they should be serving, as much freedom and as much power they want to be able to do so. If we recognize that the power of corporations and the power of the state are closely connected, then we should ask our governments to do their job and to govern for their citizens, not for the interests of a narrow circle of large multinationals.
With corporations and politicians, you'll never go wrong by following the money. Ask Nancy.
President Joe Biden's $2 trillion infrastructure plan includes a provision to boost electric vehicle use—which House speaker Nancy Pelosi (D., Calif.) stands to personally benefit from.

Pelosi's husband Paul purchased between $500,000 and $1 million in Tesla investments in December. Biden's infrastructure plan will lead to a windfall for Tesla and its shareholders. On Wednesday, Biden unveiled his sweeping plan, which sets aside $174 billion for electric vehicle subsidies, charging stations, and other provisions designed to push more Americans into electric cars over a decade.
How are we going to fight this?
~ Griogarach

Clowns to the left of me, jokers to the right
We're fools to put up with these clowns on the Left and the Right. Read And Comment.
In the land of the naked kings
Somewhere between January 6 and January 20 I became paralyzed by the surreality of it all. In an obviously fraudulent election we had placed a corrupt, senile, second-rate politician in the White House. No one in authority was doing anything about it. Everyone was pretending he was a real president. Read And Comment.
The man who wasn't there
Trump, seeing that he had no supporters, except 75 million American voters, decided to let The Left have it and reveal what fools they are. And here's what we got. Read And Comment.
Laugh Tracks: Laughter is the best ointment
“Dad always thought laughter was the best medicine, which I guess is why several of us died of tuberculosis.” - Jack Handey Read And Comment.