Clowns to the left of me, jokers to the right

In 1973 Stephen Sondheim wrote the song "Send In The Clowns." He explained in an interview:
It's a theater reference meaning "if the show isn't going well, let's send in the clowns"; in other words, "let's do the jokes." "Send in the Clowns" didn't settle in until I got the notion, "Don't bother, they're here", which means that "We are the fools."
We're fools to put up with these clowns: 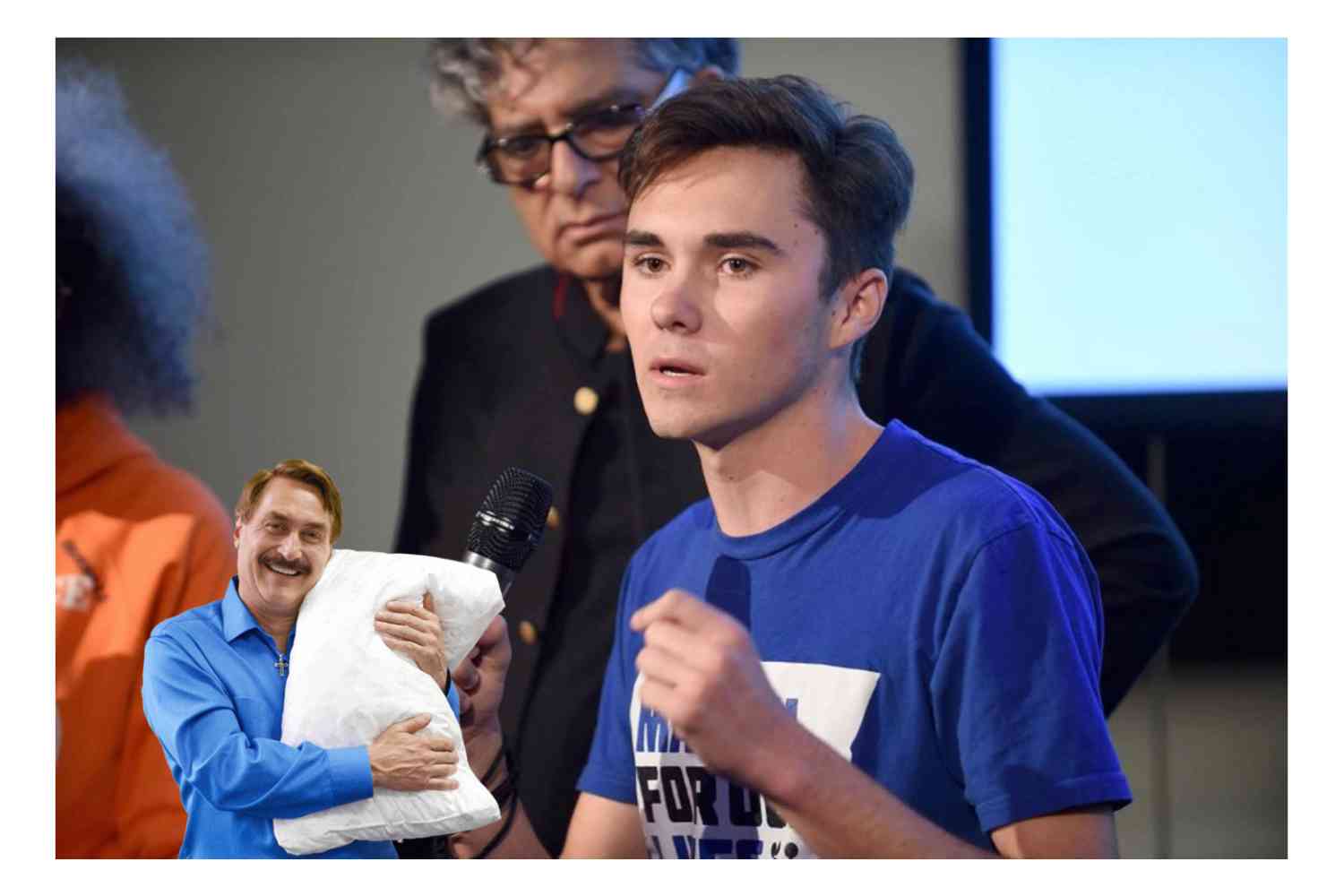 Left. David Hogg resigned from the "My Pillow" competitor he co-founded because he was getting behind on his homework and hobbies and stuff. "Over the next several months, I will be taking some time to focus on my studies in college and advance the gun violence prevention movement with March For Our Lives and personally." Mom wants him to straighten up his basement room.

Right. Mitch McConnell. Former President Trump says the Senate Minority leader was "helpless" to stop President Joe Biden from packing out the Supreme Court. "Our politically correct Supreme Court will get what they deserve -- an unconstitutionally elected group of Radical Left Democrats who are destroying our Country. With leaders like Mitch McConnell, they are helpless to fight. He didn't fight for the Presidency, and he won't fight for the Court."

Left. Petey Buttigieg. To make a point about alternative transportation, he rode a bicycle to his first White House Cabinet meeting — after first having several burly men drive him near the White House and then escort him and his bike.  This kind of theater is typical for leftists, who often seem incapable of distinguishing fantasy from reality. Buttigieg claimed that racism was "physically built" into the American highway system. In fact, Buttigieg said that much of America's major highways, which were designed prior to the Civil Rights Act, were designed to racially divide cities.

Right. Mike Pence launches new conservative organization to advance Trump-era policies. He's kidding, right? Pence’s political future looks murky after he decisively broke with President Trump to preside over the certification of Biden’s victory. “Mike Pence didn’t have the courage to do what should have been done to protect our Country and our Constitution,” Trump tweeted. “I don’t believe Pence has a political future,” said conservative strategist Chris Barron. “For the wing of the GOP looking to turn the page on the Trump era, he will always be Trump’s vice president. For the pro-Trump wing of the party, he will always be viewed as the man who let Trump down. Whether it’s fair or not, I think Pence is a man without a constituency.”
~ MacAbhsalain
"We live in an age in which it is no longer possible to be funny. There is nothing you can imagine, no matter how ludicrous, that will not promptly be enacted before your very eyes, probably by someone well known."
~ Malcolm Muggeridge