A lot of crazy turkeys out there 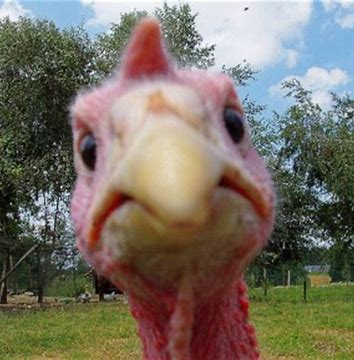 On this happy day of family and friends the Lefitst madness continues all around us.

According to theatlantic.com, "Friendsgiving" has "become a widely celebrated holiday in its own right," one that, among many Americans, may be replacing traditional Thanksgiving celebrations.  For these people, the holiday is not so much a time to gather with family for a traditional meal as it is time for a casual party for friends celebrating...whatever.

Dr. Linsey Marr, an engineering professor at Virginia Tech, answering a concerned mother's question in the New York Times: I'm glad to hear that the children and all guests are vaccinated. As the kids will not be fully vaccinated until two weeks after their second shot, I think some care is warranted, especially because some attendees are 65 and older and thus at greater risk of more serious breakthrough infections. You could have the kids wear masks, eat quickly and stay away from the older adults when eating.

Psychologist Lisa Tamour shared how Thanksgiving hosts could make the tricky COVID situation “fun” on “CBS Mornings.”
She suggested in a Thanksgiving segment Wednesday that Americans should consider having appetizers in the garage until all guests get their rapid COVID-19 test results from the hosts.

Woke critics have labeled Thanksgiving "a celebration of racist genocide," frowned upon eating turkey when "many vegan turkey alternatives" are available and even credited White supremacy for the holiday’s popularity.

An MSNBC segment accused White people of not accurately telling the story of Thanksgiving and blaming the pilgrims for the "White supremacy" affecting the nation today. "Instead of bringing stuffing and biscuits, those settlers brought genocide and violence. That genocide and violence is still on the menu," guest essayist Gyasi Ross said on "The Cross Connection."

If you doubt it, here's a plea from a new turkey owner on the backyardchickens site: "Just bought some adult turkeys and they are crazy."

When we call someone a turkey, what are we saying? Answer: "If you call someone a turkey you are calling him a stupid failure of a person. Turkeys have a reputation for being stupid."
~ Galbraith
"We live in an age in which it is no longer possible to be funny. There is nothing you can imagine, no matter how ludicrous, that will not promptly be enacted before your very eyes, probably by someone well known."
~ Malcolm Muggeridge