What they will do to stop Trump 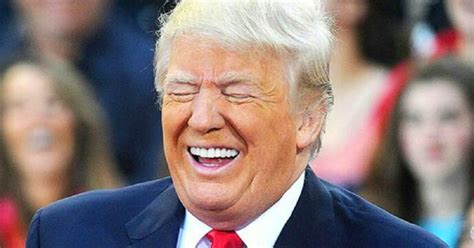 The January 6 committee is laying the groundwork for an indictment of Donald Trump, Michael Anton writes. The Justice Department is already leaking that “seditious conspiracy” might be the charge:

The Justice Department is investigating President Donald Trump’s actions as part of its criminal probe of efforts to overturn the 2020 election results, according to four people familiar with the matter.
Moreover, Anton writes, if the regime goes forward with this, it’s going to try him in the District of Columbia’s 77 percent Democratic and 92 percent virulently anti-Trump jury pool. A conviction would all but ensure a Senate vote under Article I, Section 3, making Trump constitutionally ineligible to run (at least half the Republicans would sign on).

Michael Anton is a lecturer and research fellow at Hillsdale College, a senior fellow at the Claremont Institute, and a former national security official in the Trump administration. Anton was Deputy Assistant to the President for Strategic Communications on the National Security Council under Trump.

So he knows things.

What he foresees is another major intrustion in voting.
I’m not talking about Dominion voting machines. I mean the kind of “pre-cheating” that the regime boasts about as “election fortification”: change the rules in advance in ways that favor Democrats and hurt Republicans, especially in swing states. There is no question that they will do this. Why wouldn’t they? It worked last time, and the more overt cheating they can avoid, the better.

They are already using the federal government to thumb the scale in favor of Democrats. Biden’s Executive Order 14019, “Promoting Access to Voting,” requires “every federal agency to submit a plan to register voters and encourage voter participation. It also required agencies to form strategies to invite nongovernmental third parties to register voters.” That is to say, a federal takeover of state elections by the Biden administration. This is a replay, with federal power, of the $400 million in “Zuckerbucks”—money donated by the tech-oligarch founder of Facebook—that pre-rigged the last election, but this time with taxpayer dollars, a White House aide (Susan Rice) coordinating, and cabinet agencies like Housing and Urban Development implementing, in conjunction with leftwing NGOs. That combination will be hard to beat.
Nobody likes to think about this, but we need to. Read Anton's entire article. "I don’t know which possibility is scarier: that they haven’t thought any of this through," he concludes, "or that they have."
~ Heffernan
"We live in an age in which it is no longer possible to be funny. There is nothing you can imagine, no matter how ludicrous, that will not promptly be enacted before your very eyes, probably by someone well known."
~ Malcolm Muggeridge

Our government is at war with us
"The typical government is filled with successful people, who need to know what their vanquished rivals were plotting." Read And Comment.
These are the dog days, and we're all gonna die
People with nothing to believe in must turn to something. They find ill omens and portents, conspiracy theories and rumors, they bow down and worship the earth and the sun. Read And Comment.
Uncle Joe's Kreepy Keystone Kops
Who were the key players when the Deep State's enforcers descended on President Trump's home? Read And Comment.
How the Democrats will cook the election
The IRS likely got Obama elected in 2012, and Biden learned the lesson well. Read And Comment.