Of course the election was stolen

You have to remember that we live in the Information Age and that most of our "information" is created by the leftist corporate media -- which is why it's hard to get traction for the idea that the 2020 election was stolen. 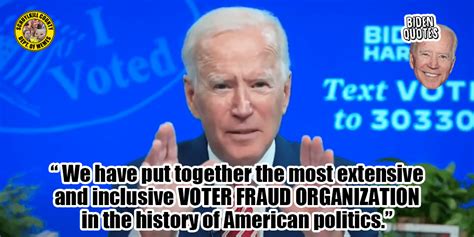 Here are a few obvious points.
If you search any of these you'll get a barrage of corporate media reports discounting them.

J6 Hysteria Is How Media And Other Democrats Are Avoiding Accountability For Their Rigging Of The 2020 Election. By Mollie Hemingway. Key points:
The Secret History of the Shadow Campaign That Saved the 2020 Election. By Molly Ball. You need to read this to see how The Left was proud of its elction shenanigans, seeing them as "saving our democracy."

Finally, read Hemingway's Rigged: How the Media, Big Tech, and the Democrats Seized Our Elections. "It’s a complex story, which makes for a weighty book," Bruce Oliver Newsome writes. "The research is thorough, the writing is evidentiary, the style is clinical—like investigative journalism and social science used to be. The endnotes alone run nearly 100 pages."

~ Aitken
"We live in an age in which it is no longer possible to be funny. There is nothing you can imagine, no matter how ludicrous, that will not promptly be enacted before your very eyes, probably by someone well known."
~ Malcolm Muggeridge