Is Trudeau a descendant of King George? 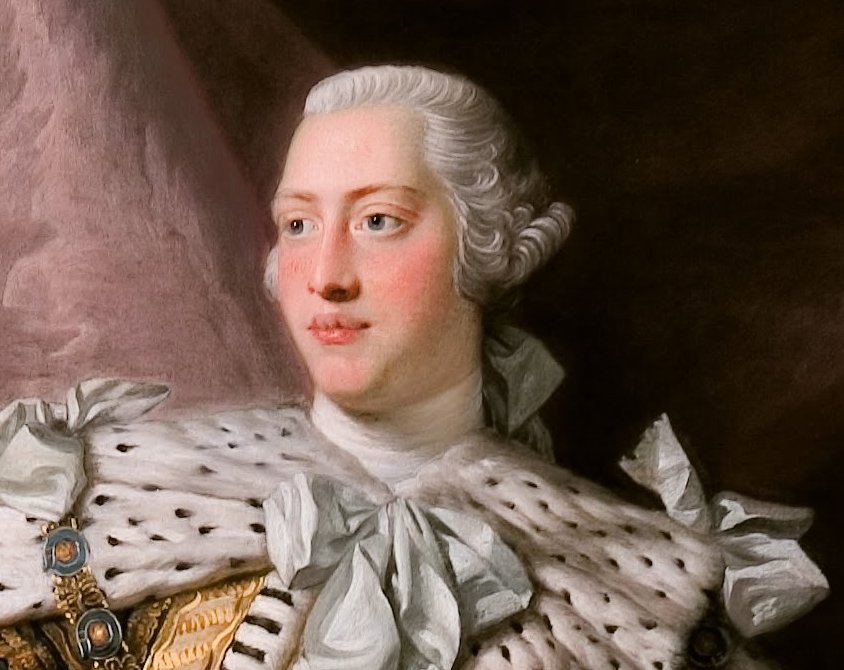 Do they still teach real American history? I doubt it. If they did, more of us would recognize Joe Biden, Justin Trudeau and Jacinda Ardern as mere echoes of King George III, the monarch who so annoyed the American colonists that they declared their independence from England.

As one observer notes:

It was not the English people, but the English King, George III, who caused all the trouble. He had ascended the throne when he was twenty-two years of age. He was nearly forty when the Revolution began. He was obstinate and short-sighted in dealing with his subjects. He believed in the right of kings to have their own way and to him the will of the people counted for nothing as against the will of the King.

When he came to the throne [at age 22] his mother said to him, "George be a king." She taught him to think that he owned his people, and that they should always do his will.
You can read George's "repeated injuries and usurpations" here. You can catch up on Trudeau's usurpations here.

King George had his troubles.
The madness of England’s King George III was the stuff of legend. His mental state was frightening. There were times when he would talk so much and so quickly that he would begin to foam at the mouth, needing to be restrained. He went through violent phases, one particularly bad one was directed at his son, who would later succeed him a full decade before his death. And there were times when he thought that he was already dead, and he would have conversations with relatives that had long since passed on and with the angels he believed surrounded him in heaven. 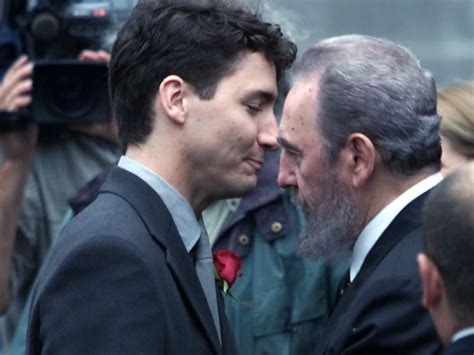 Trudeau has had his troubles. There's that doggone contention that he's Fidel Castro's son. That just won't go away.

"While the question is interesting," Robert Spencer writes, "what is far more important is that whatever the true story of his parentage may be, in bringing authoritarian rule to Canada, Justin Trudeau has now shown himself to be the ideological son of Fidel Castro."
No one should be surprised by this. Trudeau has a long record of affinity for authoritarian governments. In 2013, before he was prime minister, he was asked what country he admired most. Trudeau answered, “You know, there’s a level of admiration I actually have for China because their basic dictatorship is allowing them to actually turn their economy around on a dime and say ‘we need to go green fastest…we need to start investing in solar.’ I mean, there is a flexibility that I know Stephen Harper must dream about, of having a dictatorship that he can do everything he wanted, that I find quite interesting.”

And now Trudeau can rid himself of the Freedom Convoy, and seize the protesters’ bank accounts, without having to wait for court orders and worry about due process. If old Fidel can look up from his fiery grave and see what Trudeau is doing, he must be pleased. What’s even worse, however, is the silence of the world. One of the world’s foremost free republics is turning into a police state before our very eyes, and Trudeau has not been denounced by anyone.

Justin Trudeau is a tyrant. He is the sort of tyrant that the United States of America was founded to oppose. Canada, of course, is the country of the North Americans who opposed the American Revolution, so perhaps it is fitting that it would be the first of the two countries to fall into tyranny. But Canada also has a proud tradition of freedom and respect for human rights and the rule of law. May it prevail now, against the ideological son and heir of Fidel Castro, Justin Trudeau.
Tyrants gonna be tyrants.
~ Hogarth
"We live in an age in which it is no longer possible to be funny. There is nothing you can imagine, no matter how ludicrous, that will not promptly be enacted before your very eyes, probably by someone well known."
~ Malcolm Muggeridge