How do you learn what's going on? 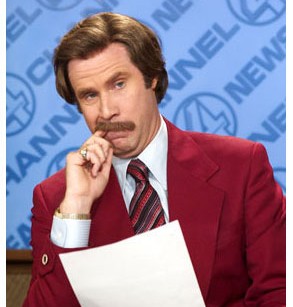 If you're depending on the corporate media or social media to stay informed you're missing out. Let me recommend a daily reading list for news.

1. The Epoch Times. This print and online newspaper was started by John Tang in 2000 as a Chinese language newspaper. John Tang is a graduate of Georgia Tech who publicly supports the Fulan Gong, a Chinese religious order that opposes communism and as such is banned from practicing in China. The newspaper started as an anti-propaganda of the Chinese state, but quickly transitioned to other languages and although it actively promotes anti-communism

A subscription is $100 a year, but it's well worth it. I love its health reporting. You can get a summary of the news in your inbox with its various newsletters.

2. Just the News. JusttheNews.com is owned and operated by Bentley Media Group LLC, a company created and owned by investigative journalist John Solomon. I get its daily newsletter. This is free.

3. Offthepress. A former editor of the Drudge Report, Joseph Curl, has stepped up to resurrect the Drudge spirit. Curl launched  Off The Press, a conservative-oriented aggregator that he says will have a “fearless attitude” toward covering “everything for those who devour news all day."

4. Morning Report at Ace of Spades.  This is written by J.J. Sefton, whose work also appears the CutJib Newsletter. J.J. Sefton is apparently a pseudonym. He's written a book. This daily column is a firehose of news, and it's a must-read.

5. Instapundit. Law professor Glenn Reynolds compiles this compendium, and no one knows how he does it. He does have other contributors who help him keep this going pretty much 24/7.

6. Lucianne. This is the stie of long-time conservative activist Lucianne Goldberg; it alllow readers to post to its pages. It's a good source of conservative viewpoints.

There are many others, of course, notably Breitbart and PJ Media. You can't read all of this every day, so find some combination of the above that works for you.

~ Ahlström
"We live in an age in which it is no longer possible to be funny. There is nothing you can imagine, no matter how ludicrous, that will not promptly be enacted before your very eyes, probably by someone well known."
~ Malcolm Muggeridge