"When clowns swarm, go for the juggler." ~ Mac Siccar

In your face: dark psychological and spiritual forces 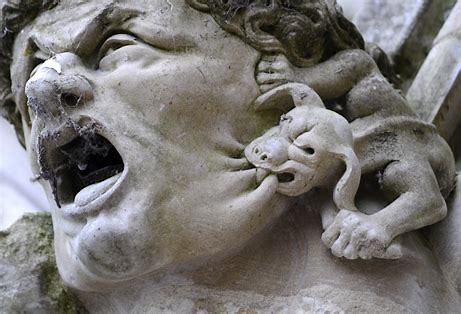 Traditional values and those who hold them are under relentless attack, and it's coming from their taxpayer subsidized federal government.

"All of this is rooted in the fact that today's Democratic Party is, in a very real sense, "possessed" – that is, its political and thought leaders have been completely taken over by the kind of dark psychological and spiritual forces that readily capture the minds of corrupted human beings who have turned their backs on God and His laws of life," journalist and author David Kupelian writes.

These exact same forces have animated history's most destructive, cult-like political movements, most obviously communism/Marxism/socialism, which has been metastasizing around the world for the past century – and now has its sights set on America.

We're talking about sociopaths, people without a functioning conscience. Deeply corrupt people like Joe Biden, Barack Obama, Hillary Clinton, Nancy Pelosi, Chuck Schumer, Adam Schiff and their ilk do not possess the capacity to actually care about anyone else, any more than a drug addict has the capacity to unselfishly care about others. And these ruling elites are addicted to the most powerful and addictive drug of all: POWER.

In a word, they are hell-bent on being gods.

What's being described here is a deeply compromised and corrupt class of people, possessed and controlled by dark spiritual "powers and principalities" about which they know nothing, and care less. Whatever their professed religion, they are mockers of God, the same sort of people who self-righteously expanded communism over so much of the world and made the 20th century the bloodiest and deadliest in all of human history. Today, they're laser-focused on the biggest prize of all: The United States of America.
Kupelian goes where we need to go: the spiritual world. "For we do not wrestle against flesh and blood, but against principalities, against powers, against the rulers of the darkness of this age, against spiritual hosts of wickedness in the heavenly places." Saint Paul in Ephesians 6:12.
~ Astride
Join The Chat