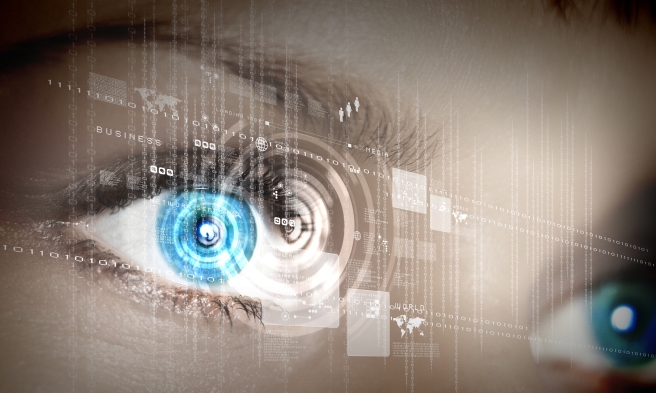 Your Smart Vehicle Is Recording Your Every Move. Modern cars roll out of factories packed with cellular connections, powerful processors and growing suite of sensors, including cameras, radar and microphones. That’s turning them into the next information goldmine, rivaling the data-creating capabilities of smartphones.

Ring Doorbell App Packed with Third-Party Trackers. An investigation by EFF of the Ring doorbell app for Android found it to be packed with third-party trackers sending out a plethora of customers’ personally identifiable information (PII). Four main analytics and marketing companies were discovered to be receiving information such as the names, private IP addresses, mobile network carriers, persistent identifiers, and sensor data on the devices of paying customers.

Leaked Documents Expose the Secretive Market for Your Web Browsing Data. An Avast antivirus subsidiary sells ‘Every search. Every click. Every buy. On every site.’ Its clients have included Home Depot, Google, Microsoft, Pepsi, and McKinsey. (After this investigation, Avast announced it will stop the Jumpshot data collection.)

A facial recognition company dug up billions of photos from Facebook and beyond. A New York Times deep-dive into a facial recognition AI tool sold to law enforcement agencies uncovered that the company has amassed more than three billion images. Those images are scraped from all corners of the internet from social media sites to companies’ “About Us” pages.  That’s way more than the typical police or even FBI database.

Google can view millions of patient health records in most states

Through its partnerships with health care providers, Google can view tens of millions of patient records in at least three-quarters of states. Some of these partnerships allow Google to access identifiable information about patients without their or their doctors’ knowledge, raising fears about how this data may be used.

he Federal Reserve is moving forward with its most ambitious – and troubling – venture in decades: FedNow. The real-time payment system will compete against existing private networks to allow businesses and individuals to conduct immediate, 24/7 bank transfers. So, it’s no surprise that Big Tech companies like Google are looking to flex their influence over FedNow’s implementation.

Once we searched Google. Now it searches us

Google’s invention revealed new capabilities to infer and deduce the thoughts, feelings, intentions and interests of individuals and groups with an automated extraction architecture operating as a one-way mirror (irrespective of a person’s awareness, knowledge, and consent) enabling privileged secret access to behavioural data.

How Google Interferes With Its Search Algorithms and Changes Your Results

Over time, Google has increasingly re-engineered and interfered with search results to a far greater degree than the company and its executives have acknowledged. Those actions often come in response to pressure from businesses, outside interest groups and governments around the world. Far from being autonomous computer programs oblivious to outside pressure, Google’s algorithms are subject to regular tinkering from executives and engineers who are trying to deliver relevant search results, while also pleasing a wide variety of powerful interests.

During the 2016 presidential campaign, Google was accused of manipulating search results to favor Hillary Clinton’s candidacy. Also, research at Harvard University found that Google’s search rankings are not objective, and in 2017, the company was fined billions of dollars by the European Union for manipulating search results. Google also maintains at least nine shadowy blacklists that affect what the public sees when using its search engine.

The feds know pretty much everything about you.

DHS wants to expand airport face recognition scans to include US citizens. Homeland Security wants to expand facial recognition checks for travelers arriving to and departing from the U.S. to also include citizens, which had previously been exempt from the mandatory checks. The department has proposed that all travelers, and not just foreign nationals or visitors, will have to complete a facial recognition check before they are allowed to enter the U.S., but also to leave the country.

The Feds Don’t Need To Tell You Or Get A Warrant To Collect Your Emails And Phone Records. In reality, the government can obtain these records without taking any such extraordinary measures — and no judge even need be involved for Congress to get them. It can simply send a subpoena to the carrier. This seemingly astonishing explanation exists because under current law, these records are not protected by any warrant requirement.

Google Hands Feds 1,500 Phone Locations In Unprecedented ‘Geofence’ Search. The requests, outlined in two search warrants obtained by Forbes, demanded to know which specific Google customers were located in areas covering 29,387 square meters (or 3 hectares) during a total of nine hours for the four separate incidents. Unbeknownst to many Google users, if they have “location history” turned on, their whereabouts are stored by the tech giant in a database called SensorVault. In this case, Google found 1,494 device identifiers in SensorVault, sending them to the ATF to comb through.

Privacy advocates raise alarms about growing use of facial recognition by U.S. government. Whether we realize it or not, most of use some type of facial technology software every day. It’s being widely used in shopping, home security, and law enforcement, and millions of us use it constantly to open our smart phones. But privacy advocates and civil libertarians are raising alarms about the growing use of facial recognition technology by the federal government. Several noted that once the government has a database of Americans with their photographs, there’s no telling what it could be used for. “You never know,” said one man, “10 years 20 years down the line, what that information might be used for.”