Does anyone even remember how Obama’s IRS swung his 2012 reelection? 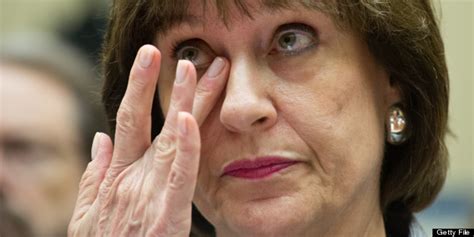 About $2 million of the settlement goes to cover the legal costs of five long years of litigation. IRS attorneys attempted delay after delay, objection after objection, trying to use the very taxpayer protection statutes the plaintiffs were suing under to suppress documents.

Disgraced former bureaucrat Lois Lerner (in photo) led the IRS division that processes applications for tax-exempt groups. A 2013 inspector general’s report found the IRS had singled out conservative and tea party organizations for intense scrutiny, oftentimes simply based on their conservative-sounding or tea party names. The IRS delayed for months, even years, the applications, and some groups were improperly questioned about their donors and their religious affiliations and practices.

A 2013 study by the American Enterprise Institute —“Do Political Protests Matter? Evidence From The Tea Party Movement”— found that the movement boosted Republican turnout by three to six million votes in the 2010 election. This effect was blunted in the 2012 election, though, because growth in the movement stalled.

Co-author and AEI economist Stan Veuger argues that this most likely had a major impact in the 2012 election.

“The founders, members, and donors of new Tea Party groups found themselves incapable of exercising their constitutional rights, and the Tea Party’s impact was muted in the 2012 election cycle,” Veuger said.

He added: “The data show that, had the Tea Party groups continued to grow at the pace seen in 2009 and 2010, and had their effect on the 2012 vote been similar to that seen in 2010, they would have brought the Republican Party as many as 5 to 8.5 million votes compared to Obama’s victory margin of 5 million.”

Yes, it can, and did, happen here.