I follow several writers whose intelligence and insight about events of the day are noteworthy. Here’s a sampling. 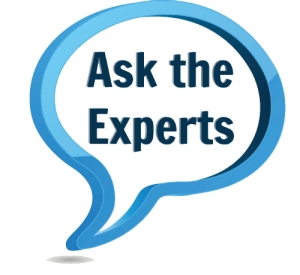 The virus will teach us many things, but one lesson has already been relearned by the American people: there are two, quite different, types of wisdom. One, and the most renowned, is a specialization in education that results in titled degrees and presumed authority. That ensuing prestige, in turn, dictates the decisions of most politicians, the media, and public officials—who for the most part share the values and confidence of the credentialed elite.

The other wisdom is not, as commonly caricatured, know-nothingism. But it puts a much higher premium on pragmatism and experience, values instilled by fighting nature daily and mixing it up with those who must master the physical world.

It is hard for people, especially while scared, to consider anything in proportion. And it is difficult to find contextual information: for we cannot expect the media of entertainment to tell us anything that might ruin the show, while they’re in the theatre business.

The “beauty” of computer projections, working from speculative data by theory, is that it won’t be off by double, or half. It will be off by orders of magnitude. This will even help the researchers wet themselves. Whereas, mere common sense will fail every time.

The Z Man: A Bridge Too Far

If there is to be just one line to describe the history of white people on this planet, it should be “No good deed goes unpunished.” White people literally pulled the world out of the dark ages, but the world remains an ungrateful place. Asians in America are now working on their grievance tales, about how the round-eye was mean to them during the great yellow pandemic of 2020. The fact that they would be eating bugs and living in huts if not for the white man is conveniently forgotten.

Perhaps nothing will prove more difficult to salvage from the train wreck than individual rights, the fundamental building block of subsidiarity, which are being eroded at an unprecedented rate. The need to track the whereabouts of literally every citizen in the name of “contact tracing” the public means government will demand to know exactly where you’ve been and who you’ve ever met with. Scrupulous records will be kept on the public’s biometric profile to make offices habitable again.